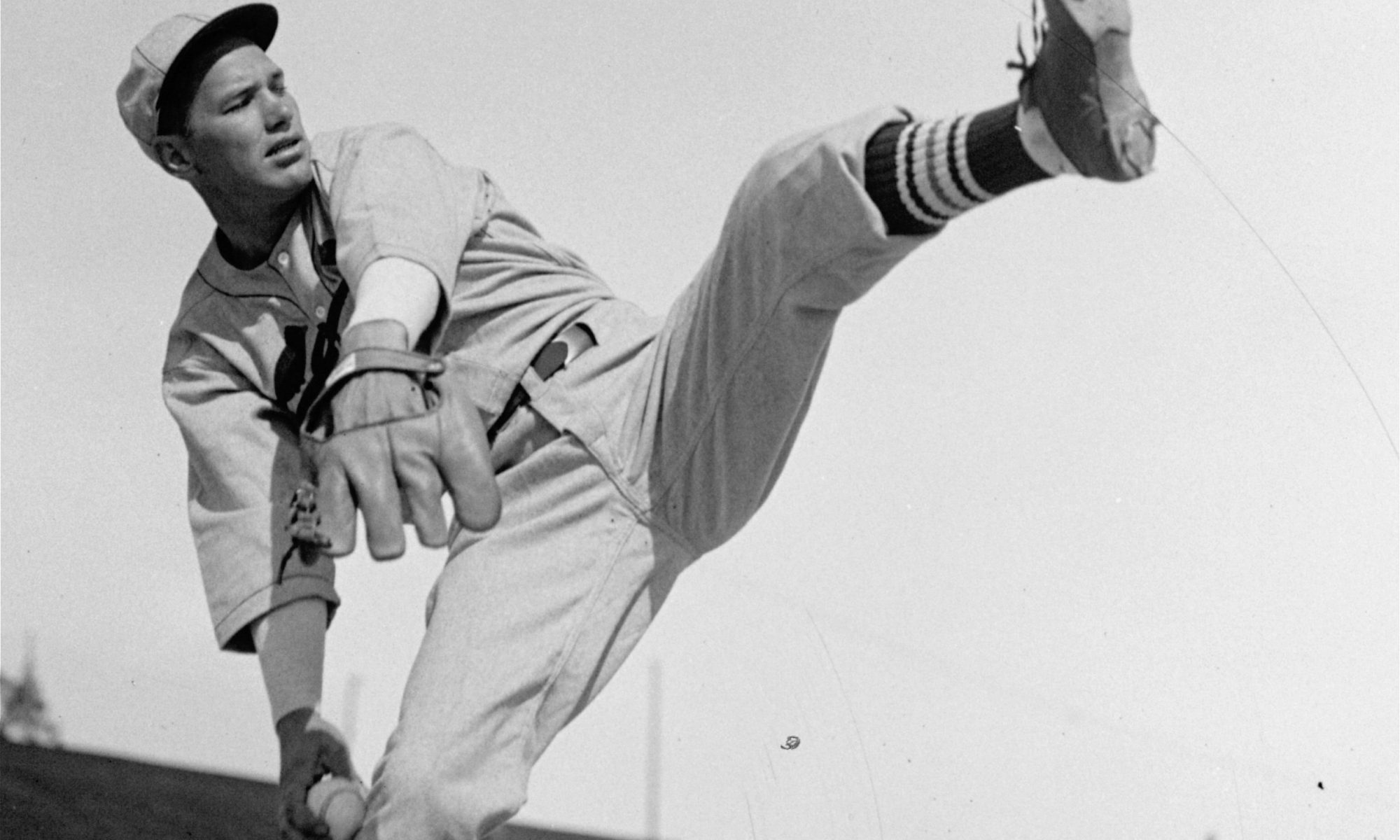 Dean made his professional debut in 1930 and worked his way up to the major leagues that same year, throwing a complete game three-hitter for a win with the Cardinals.Dean became a regular starter for St. Louis in 1932, leading the league in shutouts and innings pitched. It was also the first of four straight seasons he led the league in strikeouts.In 1934, Dean went 30-7, leading the league in wins with a 2.66 ERA to win the National League MVP Award. Dean was thought of as a leader of the “Gashouse Gang” a nickname given to the ’34 Cardinals.

Along with his older brother Paul, also a pitcher on the team and often referred to in the media as “Daffy”, the Cardinals became hardworking, gritty players during the Great Depression. The team captured the National League pennant and beat the Tigers in the World Series.

Dean won 28 and 24 games in 1935 and 1936 respectively, finishing second in MVP voting in both seasons. In 1937, Dean suffered an injury after being hit in the toe by a line drive. Trying to return from the injury too quickly, Dean hut his arm and largely lost his effectiveness.Traded to the Cubs in 1938, Dean spent four seasons in Chicago, including appearing in the 1938 World Series, which the Cubs lost to the Yankees. He appeared again for the St. Louis Browns in 1947 as a promotional stunt, pitching just four innings before retiring.The four-time All-Star won 150 games in 12 seasons with 1,163 strikeouts and a 3.02 career ERA. Known for his practical jokes, colorful baseball predictions and confident attitude, Dean became a radio and television announcer after his playing career was over. He was popular with audiences despite often mispronouncing players’ names. He was the voice of the St. Louis Cardinals, New York Yankees and the CBS and NBC Game of the Week from the 1940s through 1965.